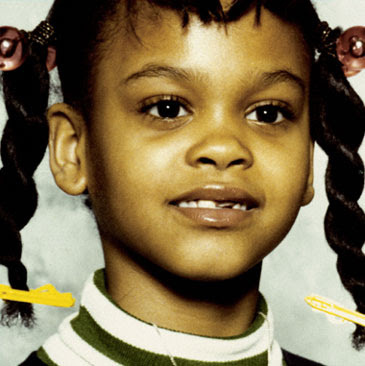 the kids are alright

Well, this certainly took a while. Son of Tofu Hut is a project that I've kept on the back burner for quite some time; I'm very happy it's finally getting to see the light of day.

This new song series represents a collaboration with The King Open School of Cambridge, Massachusetts. King Open is, according to the teacher I've arranged this project through, a salmagundi of races, ethnicities, social class and nationalities; a melting pot of opinions and perspectives. I've been sending discs of music to King Open to have them played to a class of seventh and eighth graders; the kids give them a listen once or twice and then write a brief critique of what they've heard. I'll be compiling their responses to present you, noble Hut reader, with fresh music, links and our only lightly edited (spelling and obvious typing errors are corrected, grammar and slang is not) teenagers responses.

I'll be talking about some of the reasons I'm taking on this project (and a slightly different authorial voice) as we go along, but now I'm anxious to just jump right on in.

(Oh, and respect due to Gaylord Fields, who coined the 'Son of Tofu Hut' moniker.)

4Hero with Jill Scott -'Another Day'

John sez: This was the first song I ever heard of 4Hero's and it made enough of an impact that I went out and found a copy of Creating Patterns (the now-out-of-print album that this song first appeared on) and listened to it for a week or so. It's a real shame that Creating is so hard to find; there's quite a few nice tracks on it, notably the duet with Alma Horton called 'Hold It Down'.

I haven't had a chance to listen to the new 4Hero album yet; it's on a long list of things I need to put on th' hi-fi.

Jill Scott is really perennially underrated; it's a shame that she's had to go abroad to get the attention that she deserves.

Obviously, the sentiment of this track hits home for me as well. I'd rather be playing Guitar Hero than typing this right now myself!


Student 1: only part i don't like about this song is that it is telling you to get up and sometimes you don't want to get up. but i would if i could try to record the part of the song that says that you have to get up. but, yea, i like this song!

Student 2: It's so peaceful and relaxing, especially her voice. There's just something about it that makes you want to start singing it. When you're telling yourself to wake up constantly when your eyes just won't stay open. THIS SONG ROCKS and I love it.

Student 3: Wow ! I am impressed. I like this even if it is slow. It has a slow mellow to it and not many people do that anymore and that's y I like it that much. The words sound so real like she is right by my side and that is a great feeling. I wonder who this is. Yeah, who is singing? Anyway, she has a veeery nice voice and I give her my respect to that. The words "got to get up "makes me feel the same way as the girl who is singing because she seems lonely and needs to get up to search for a friend. This also has passion to it and I really like the beat. I think this song has many meanings to this song and it's good for little kids. No offense, but this song also can put people to sleep because it is slow and if it is just a baby. I give this baby a big thumbs up!!!! Cool like a pop star!


Student 4: Alright my fav ambient!!!!!!! I don't think this piece doesn't have any problems with me! When it started I immediately felt I was in one of the high-end lounges. The woman has a dreamy voice. I liked how the music started slow and went faster. Like you're slowly waking up and gaining your energy. Funny, as the lyrics say "I gotta get up" it reminds me of how we all are grumpy when we get up the morning. Smell the coffee!

Student 5: it's soft at first but after it gets a lil beat into it and it sounds like easy listening music. it sounds like chill music like if u just wanna sit and chill and relax than u pop this in and listen 2 it. there's a point in the song where it soundz bad but they turn it around. i think the girl in da song is 2 soft but w.e itz all good. i like how it sayz gotta get up cuz it remindz me of when i gotta get up 4 skool and yea. i like how it sayz i wanna stay home and play but i gotta get up. it reminds me of those dayz that u wanna stay home and chill but you have 2 get up and go. i think that a lot of people can relate to this song. i don't like the end of the song when it sayz got 2 get up. it sounds bad. the vocals are bad.

Student 6: Jill Scott changed this song completely because the beat to this song is kinda like elevator music. Jill's soft voice and the hint of raspyness really brought the song together and made it work and what she is talking about i can really relate to this song because this morning i really wanted to stay home but i had to get up. i really like this song. i would put this on my Myspace :-) because i really don't put a song that i don't like on Myspace. this song reminds me of something back in the day that Lauryn Hill would sing about. the song to me says that no matter what, u gotta get up..

WATCH JILL GIVE BACK 2 JILL'S FOUNDATION


Student 7: i love Jill Scott. her voice is so peaceful and calming. it's something you just want to fall asleep to. it's kind of like modern jazz. the drums are perfect. you think it's some old jazzy tune but then again it's so modern. i like this. i also like this r&b twist. i feel this way in the morning when i have to go to school i don't wanna get up. but then my mom tells me i gotta get up. and i would rather stay home and play too.

Student 8: OMG!!!... Jill Scott IS ONE OF MY FAVORITE SINGERS EVER. SMOOTH JAZZ WITH R&B. A SONG U HAVE TO LISTEN TO AND FEEL TO GET. VERY RELAXED TONE. THE BEAT IS RELAXING... I CAN IMAGINE THE WORDS COMING FROM HER SINGING WHILE I'M CLOSING MY EYES AND PICTURE WHAT SHE'S SAYING. IT REMINDS ME OF WHEN I WANT TO STAY HOME FROM SCHOOL BUT GOT TO GET UP ANYWAY. I KNOW HOW SHE FEELS. I BET A LOT OF OTHER PEOPLE FEEL THE SAME WAY TOO.

Student 9: This song is kinda' like my life--always got to get up to go to school instead of playing video games but I just got to.

If you'd like to leave any questions or comments for me or for any of the students who are helping contribute to the Tofu Hut, feel free to do so in the comments section, but PLEASE keep the criticism constructive and to a minimum; we're all just starting to write together and it's gonna take us a little while to get comfortable.